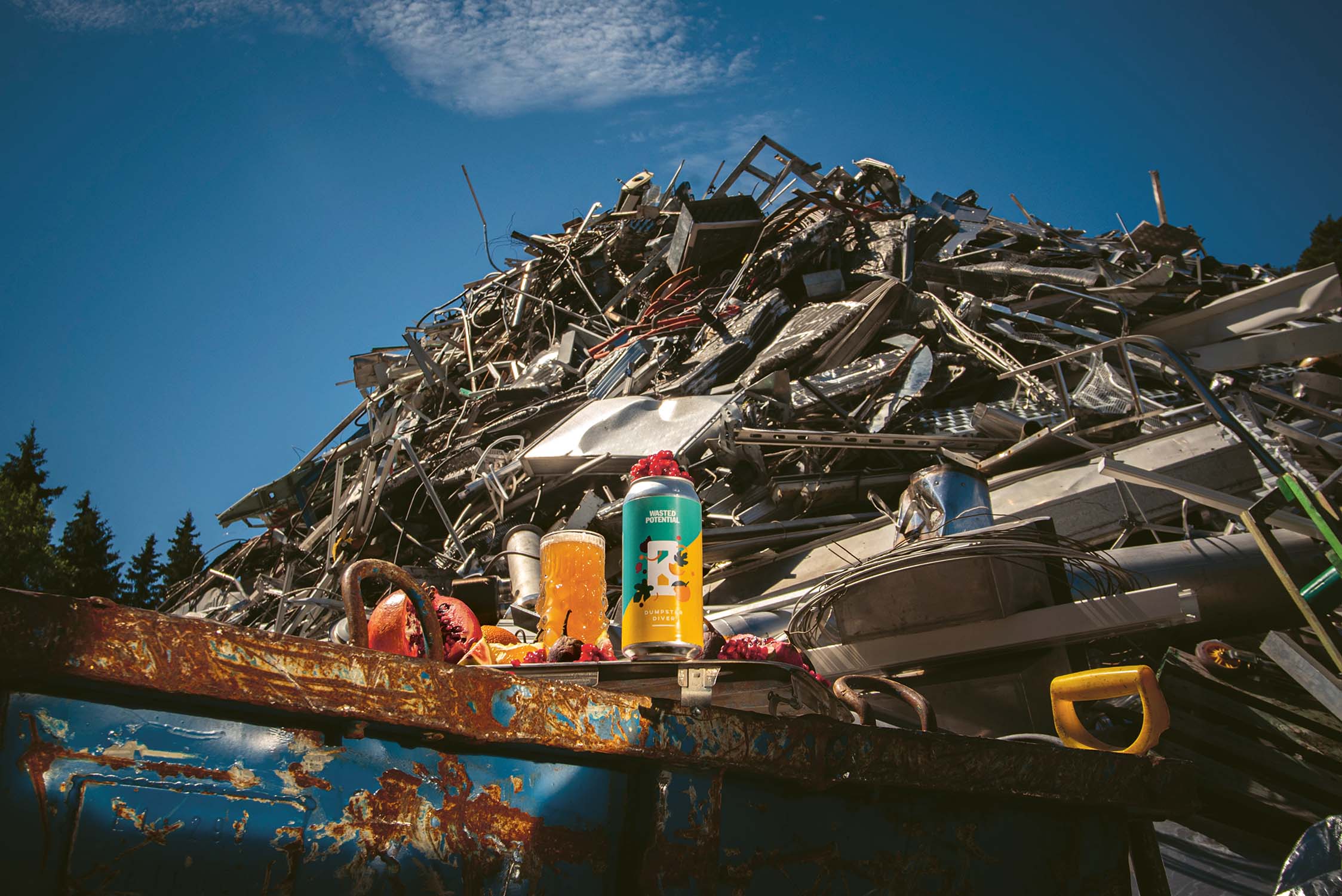 Can someone’s trash truly become another’s treasure? Jori Pasula dove deep into the world of circular design to learn how different creators can make us love stuff that was already gone. Read how to get wasted materials upcycled – with textiles, beer and interiors.

Originally started as home brewer co-op ANT FARM in a renovated bike basement in 2016, the community eventually took over the legendary Malski brewery in 2020 and turned into a brew pub – breathing life into the urban culture of the windy city.

One of the original ants – Kari Puttonen – opened up their philosophies on brew business and sustainability, taking us through the extraordinary processes of the Wasted Potential series.

Hi Kari! There are heaps of craft breweries everywhere and tons of beer brewed in Lahti. What’s your philosophy?

I think ANT FARM sums it well – lots of underground work and action, then bustling on the ground with collaborative beer releases and events. Beer is the sugar that gathers the ants together.

Beer is actually quite a boring product but a great catalyst for human interaction and creativity. We’ve always been tight with the culture scene of the city and we want to contribute to the local community as a whole. Our first beers were created for the legendary FC Lahti football team and the Kaupungin Äänet -festival and we’ve gotten even tighter with local design students, artists, musicians, sports team and festival creators ever since.

We have a passion for beer and we really want it to work. It’s the base that allows layers to be built on top of it. Rather than letting the beer apps and rating culture guide us too much, we are driven by curiosity – we’re constantly on the search for new angles and experiences. 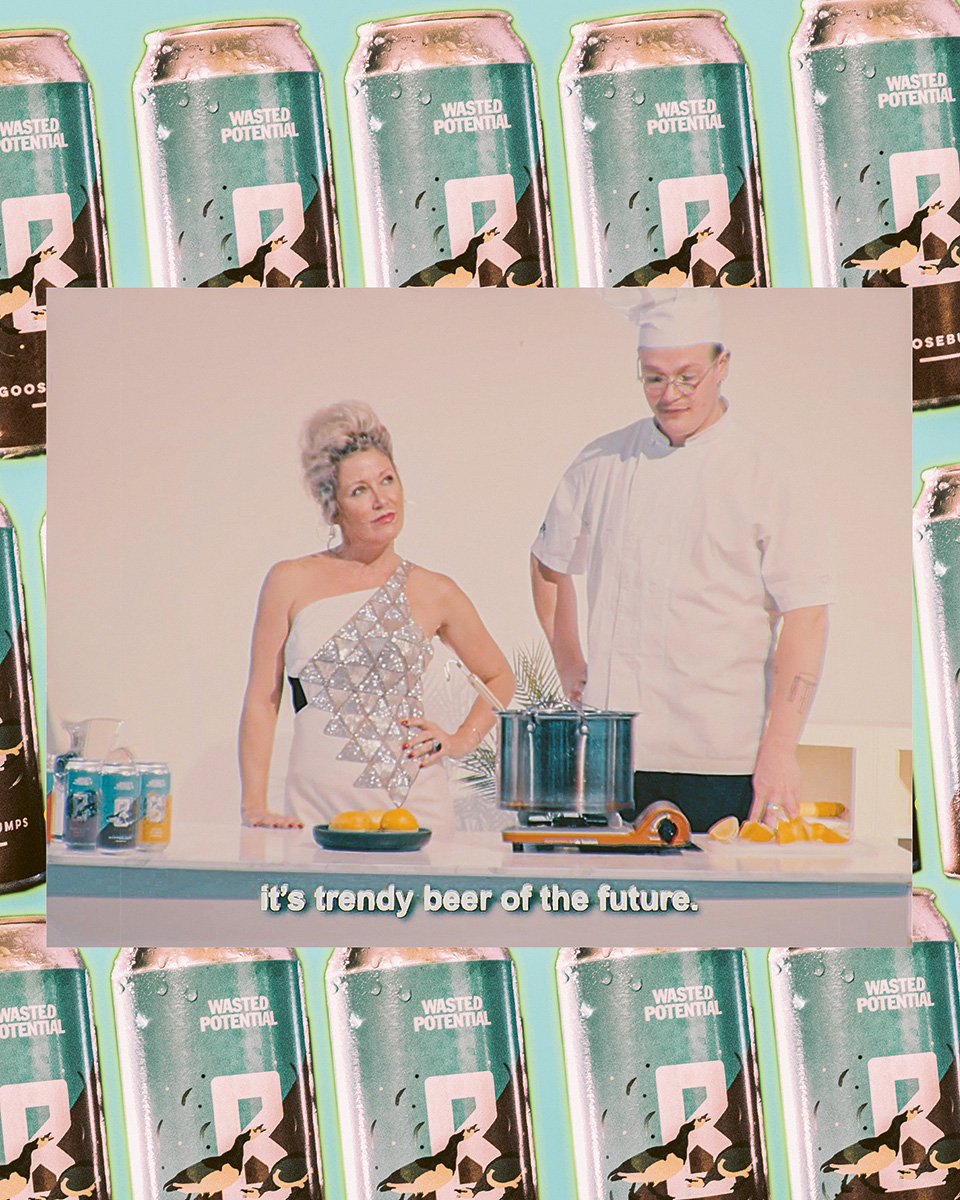 Wasted Potential series definitely was a new perspective – what was that all about?

Lahti was elected as the European Green Capital in 2021, so they asked us to jump on board with a special beer highlighting sustainability. We promised to think it over and get back to them.

I’d say we’re green pragmatics – taking small steps to impact the bigger picture. Our sustainability values come quite naturally from our focus in locality. The malt comes from Viking Malt of the local grain cluster and we use out-of-date products of neighboring grocery stores that are still great for brewing. 95% percent of our beer is sold within a kilometer range of our brewery – that allows us to use reusable Eco Draft kegs in an efficient way.

But for the Green Lahti project we wanted to do something crazy. When Lahti’s creative agency TBWA came up with the idea of using goose droppings in brewing, that resonated and made us jump on board. Obviously cleaning Lahti parks from doodles is quite satisfying, but mostly we were motivated to show the whole industry that everythingcan be reused with innovation and willpower.

It was. For a young company like us it was a huge thing – if that beer ends up as a joke our whole brewery is a joke. We really wanted to throw a challenge to the whole industry on innovating with ingredient circularity, but how do we tell the public why this beer simply has to be made?

So, we decided to broaden and deepen the series. Finesse it in a way that it can be taken seriously. Curate quality ingredients from fresh wild herbs and quality waste foods like out-of-date fruits and berries to make it ambitious and interesting. Then have the goose dropping beer as a part of the series. But it was still quite risky – I told our crew we’re jumping on sloppy ground towards the unknown.

How did you get it done?

There’s an enormous power in collaboration. We teamed up with Ossi Paloneva (that was like winning a lottery), and he taught and showed us how to source wild herbs and other fine ingredients , like moss, sustainably.

It was quite a ride still, as the time frame was tight. And we initially planned for three beers but ended up with seven – for all of them we had a clear vision that the ingredients really need to taste in the end product.

Green tea, actually. It’s basically grass that has gone through one system. We collaborated with experts to find a safe, clean and delicate process to smoke the malts using the goose waste. The smoking process released a unique green tea type of flavor to the stout. It was actually so delicious that it made all the hand-picking of the droppings around Lahti parks worth it.

How was the reception for the Wasted Potential series?

Mind-blowing – 50 million media hits globally after the release. Swiss TV, The Telegraph, CBC and food & drink media around the world featured us. And most importantly, they got the point – everything can be reused and recycled with innovation and the right attitude. I hope this inspired some of the bigger players in the industry as well.

We’re continuing the Wasted Potential series after we’ve taken a short breather. There’s a beer coming that deals with – and raises awareness to – the sustainability concerns of our local lakes, in addition to other wasted potential creation.  Our box is quite wide at the moment and we’re still willing to go outside it.

We try to keep the bar low for experimentation but high for quality. An experiment is not an intrinsic value by itself – it needs to have a meaning for us, our customers and the community. 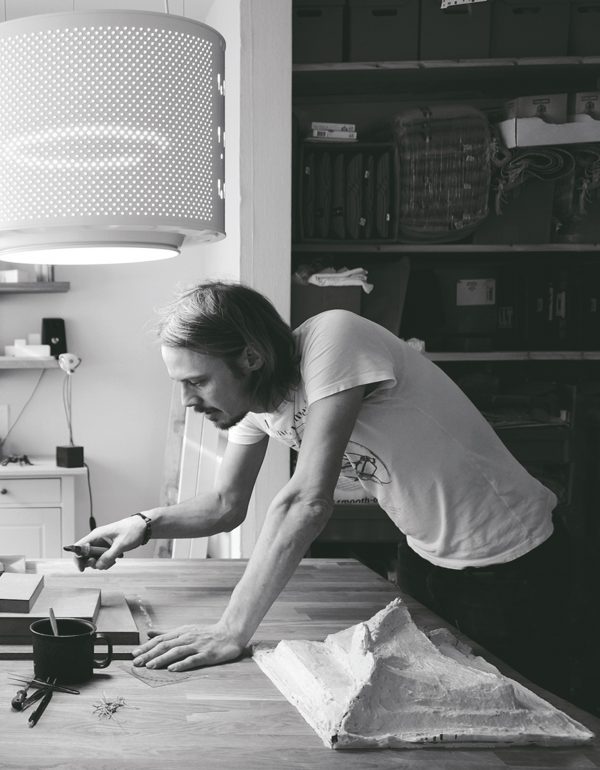 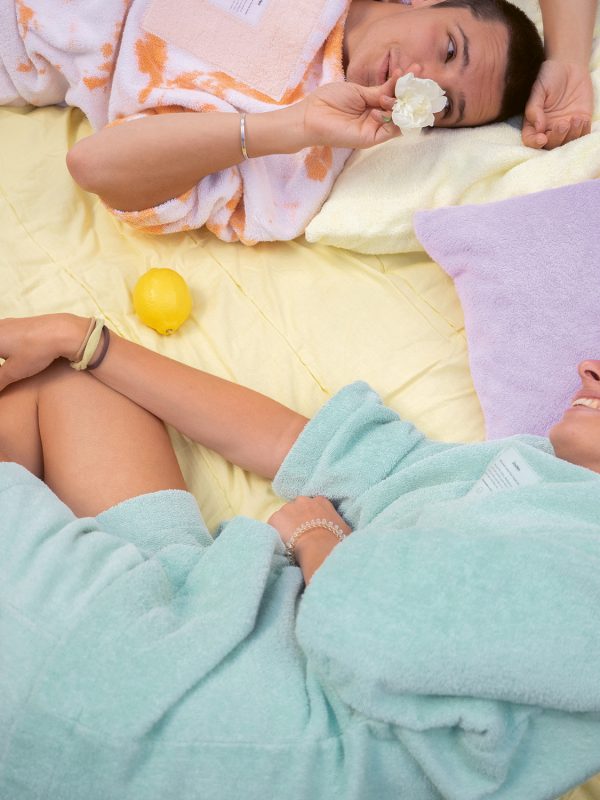 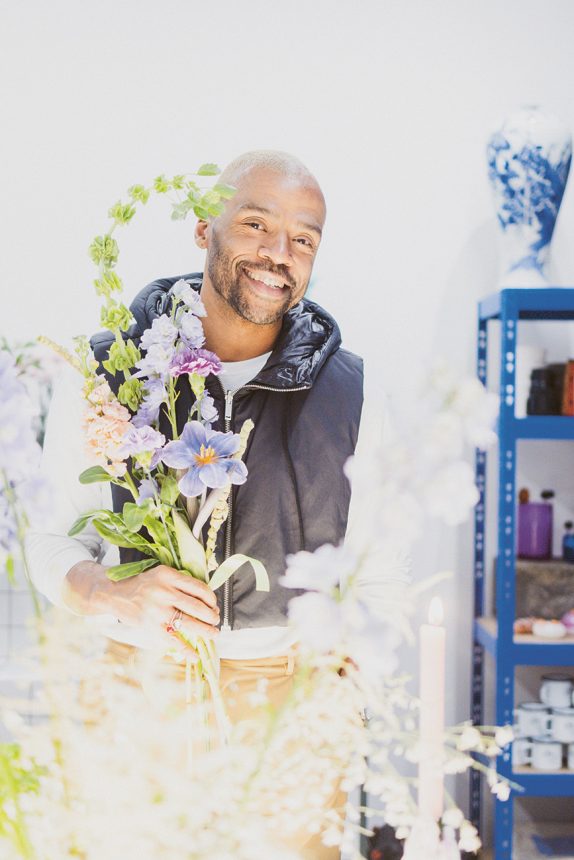